Two men died at the scene, Lt Chris Taylor with the LaGrange Fire Department officials said in an emailed statement. Another man was flown to Columbus Medical Center, where he died.

Bill Flynn, a friend of all three men, spoke with Channel 2 Action News on Sunday of behalf of the Rossetti and Curtis families. He said his friends were taking care of routine training requirements when the crash occurred.

“They just loved flying … and they were best of buddies,” Flynn said.

“These guys were well known by everybody, well respected … very involved,” Flynn said.

The plane, which took off from Panama City, FL, arrived at the LaGrange airport about 10:45 am Saturday and was refueled, Channel 2 reported.

According to witnesses, the plane was practicing some maneuvers when it suddenly had to avoid a [Civil Air Patrol] glider.

After that move, the plane went into a deadly nose-dive, according to the report.

The plane, which was manufactured in 1980, was registered to Executive Aircraft Storage LLC of Peachtree City, according to online Federal Aviation Administration records. The FAA was investigating the crash, agency spokeswoman Kathleen Bergen said.

The National Transportation Safety Board arrived Sunday to continue the investigation.

The National Transportation Safety Board determined probable cause(s) of this accident: 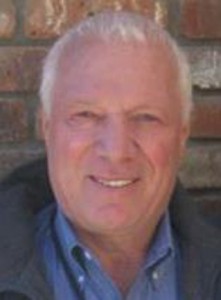