[Editor’s Note: We received this contribution through our contact form sometime before our hiatus. While Mark Smith and his crew work to polish a dark stool of CAP stats and crime stories, this is what members observe taking place in Rocky Mountain Region Civil Air Patrol. Our editorial staff made some changes to the write-up for length and readability. If the original author has any objections, send us a contact message with details of the original text and instructions on your preference. Thank you for your contribution.]

Yesterday, I made a $100 burger flight and ran into another pilot at the FBO who had once been in Civil Air Patrol and we had lunch together and talked about the problems in our program. He knew that this was the week that everyone goes to DC to beg for money and he pointed out to me that CAP is all about looking good for the money.

He inquired if the wing has had any missions and I could think of only two, as they are rare. He advised me to look at the handout that DC would be getting that boasted on our wing. When I did, I was surprised to see how many missions were listed and how many saves were credited. We also discussed how members are afraid of being punished for speaking up or even asking questions.

On my flight home, I thought about what this man had said and I became angry because all I have seen is fake leaders covering the membership exit by telling us to recruit more members. I was angry because all of these leaders will be spending dues money at expensive hotels and eating great meals and using the cadets to beg for more money. I wondered how much more good could be done if dues were not wasted by spending at fancy hotels and dining. Our region is achieving very little to be able to help in emergencies. Our mission people are incapable of competent planning for Search and Rescue. The politics of image for the personal advancement of a select few dominate to the detriment of the full membership.

On a different day, I was in an airport on a business trip when another passenger on my flight spotted my AOPA bag. Through our talk, we discovered that we were both Civil Air Patrol members and the conversation quickly turned to the politics of our program.

We established that we were both tired of hearing about core values that never apply to leaders in wings or region but who remind us we must have integrity and be excellent. We both knew commanders who played favorites and fraternized with lower ranking members when they thought no one was watching. We arranged for adjoining seats on the flight and continued to talk about the hypocrisy of what Civil Air Patrol commanders said and did.

I attended his local squadron meeting and I found a group of motivated and also frustrated pilots. Each one had a passion for all things with wings and joined CAP because they wanted to inspire young people to learn how to fly. Several are commercial pilots and make CAP friends when they fly regularly into Billings or Casper or Boise or Grand Junction or Provo or Saint Louis or Cleveland or Atlanta or Fort Worth. Bonds form rapidly among those sharing a desire to elevate our nation’s youth but knowing that Civil Air Patrol has such debilitating leadership.

Discussion among the seniors quickly turned to a critical assessment of where RMR is at this time.

This is my summary: 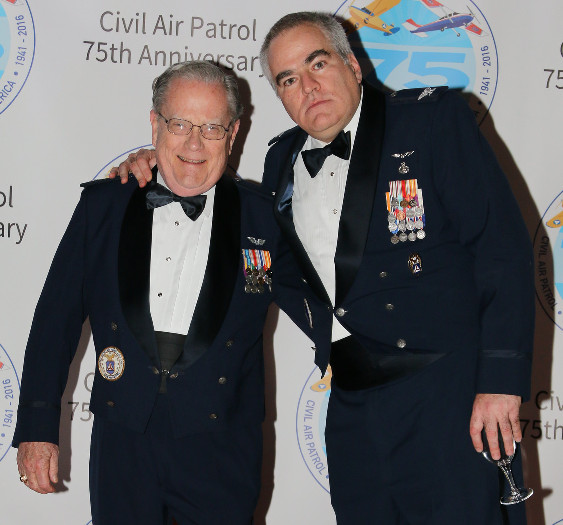 Our fearless leader is Klown Kettell [Tom Kettell] who acts like a smitten teen when he’s showing off for his former cadet girlfriend. He has no mission or command experience and it shows because he sounds downright dumb when he tries to engage in those topics, to include aircraft. He avoids those members who could see through his fakery. Several call him Kadet Kommander Kettell because if there is a cadet event he is there trying to impress them with his lack of knowledge. Kettell is heard telling people to go do things, but without any guidance or experience and one of his initiatives is to make change by doing the same things with the same staff. He is never challenged to his face that never served as a squadron and has no credentials beyond being a national inspector and rumored to have the dirt on people. 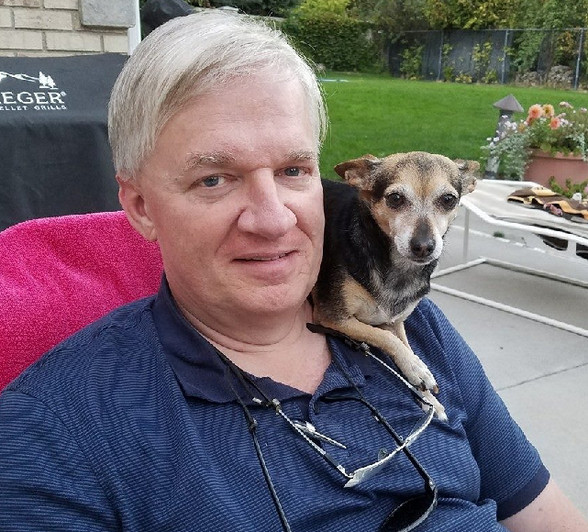 Our region second in command is called Noshow Niedfeldt [Jon Niedfeldt] because he is great at promising things, but never delivers. From what others have noticed he has claimed huge donations are coming, but they never quite arrive. There are mystery teams of drone experts or emergency experts coming to help every squadron and they too never show up. Another told me directly that he is a master bullshitter. We learned that he had never had a CAP command before magically schmoozing his way to command of Utah Wing where he has impressed absolutely no one with his empty promises of support from millionaire friends. The Utah underground says that he is a excellent parent because his kids were always favored over any other cadet for special treatment. 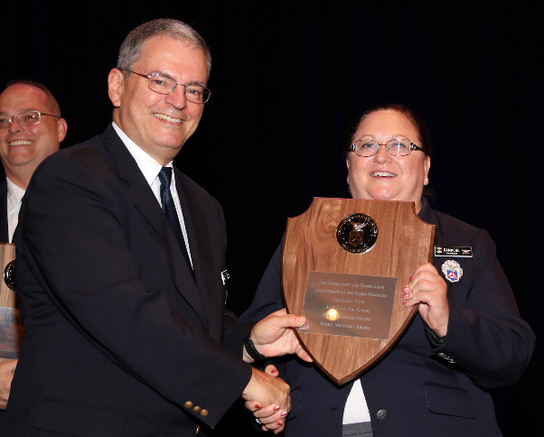 The Colorado guys call their leader Gamer Gamache [Celeste Gamache]. She came to command because no one in the wing wanted to be the commander which is the typical story around CAP according to others around the country. She’s a former federal attorney and even tried to run for public office but lost by a landslide. She has no mission skills and like Noshow and Klown she has never been in command or shows any particular mission or leadership skill. She’s a bully and loves to sneak rumors around the wing and create conflict. She has no real friends and does not trust her staff. Still, a true gamer she is and her goal is to rise to Region Command sooner rather than later. She will do fine as region commander because integrity and excellence are only words for her. 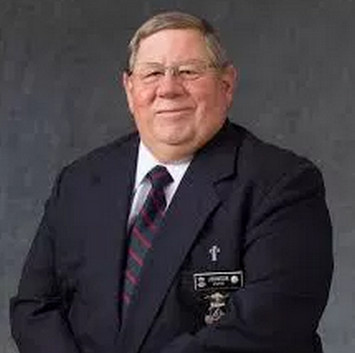 Joker Johnson [Jeffrey L. Johnson] came to Wyoming because they needed a chaplain and a comm geek and he was a sucker for driving from Colorado to Wyoming and is now their commander and he is fun to be around and always has a good joke or story to tell. The Wyoming members like him because he shows up at encampments and meetings but does little else. As with all of RMR actual emergency missions have all, but gone away and the one or two a year get publicity within CAP but no one actually depends on CAP any more for any skill. Wyoming officials has not called on CAP for months and months and there are few pilots left but cadets abound. 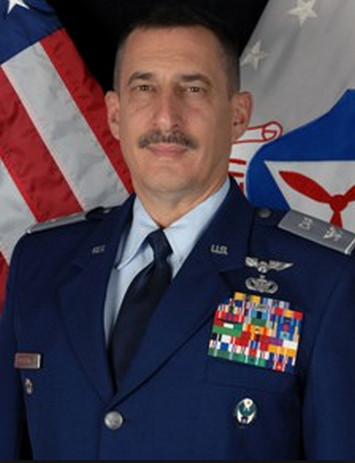 Utah’s boss is Follower Fernandez [Michael Fernandez] who wont make a move without a committee or approval from the Klown and the Follower is also a cadet guy having been a cadet years ago. Locals had hope that he would actually take command, but that has evaporated into just plugging leaks to keep the ship afloat until his time is up. He had leadership credibility as commander in several failing cadet squadrons that he brought back to life and he will always be there for cadet meetings but leading pilots and seniors is not his strong suit. 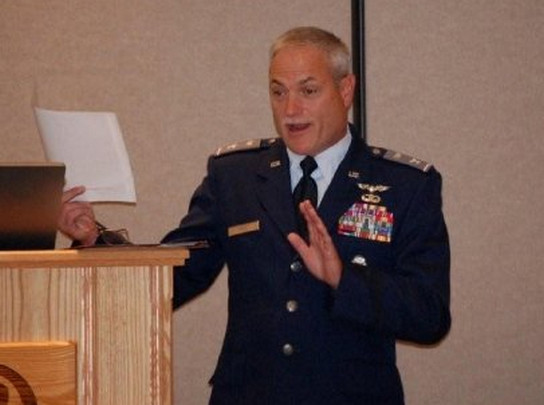 Our former Idaho commander pretty much disabled the wing and caused any spark of leadership to flee because of his incompetence and favoritism to staff with no visible skills to make things happen. The few pilots left still fly cadets and burn holes in the sky with profile money and the wing is just grumbling along. The brilliant Klown plan was to recycle Bogus Bost [Robert Bost] from Utah and he is now our fearless leader who we never see and has done nothing in his term as commander. We are seen by sheriffs and state people as a bogus joke with no real skills that can help the state and Bogus Bob just trod along and keeps the image of unskilled labor alive. We have learned that he loves to strut his stuff just like the Klown and Noshow do at meetings and all of them have no idea how bogus they look to real professionals and military who know leadership and know what it takes to be skilled. He is good at telling us to be excellent but we never see him teach any of the stuff we are suppose to be excellent doing. It is told that Bogus will spend time with you if you bring the booze and maybe we will have to see if that is true. 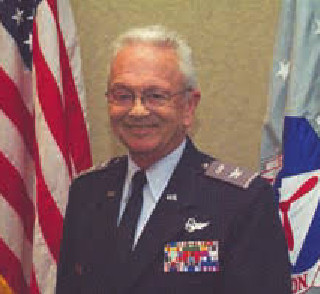 Finally, there is Montana who hasn’t had a mission for years. Commanders there are known for spending money and one commander was apparently from Pennsylvania who members claim ran the bank into the red by using CAP money to drive from Montana to Pennsylvania on a regular schedule. Maybe its a good thing to have Vaporous Vest [C. Warren Vest] who retired to Idaho in command as he is known for inventing the wing banker program that lets nationals look at every penny in every account. There are still no missions in Montana and one close pilot friend tells me there are no mission staff and no reason to even train, but they do fly cadets and profiles. The Vapor is a good fit for Montana because he is like the wind and never seen.

Many of our pilots are expected to quit this year and we will be told to make more empty promises to get replacement pilots and make more promises. I’ve been told the region needs a high colonic to flush out the vegetables in staff who have gone to weed years ago. No one really wants to be on RMR staff because it is known as the Klown Posse and the Klown’s girlfriend runs the region and if you don’t do what she wants your time in CAP will come to a quick end. Some members have an ongoing bet to see how long before the Klown’s girlfriend receives her eagles. I’ll keep you posted.